Why Timing Is Everything 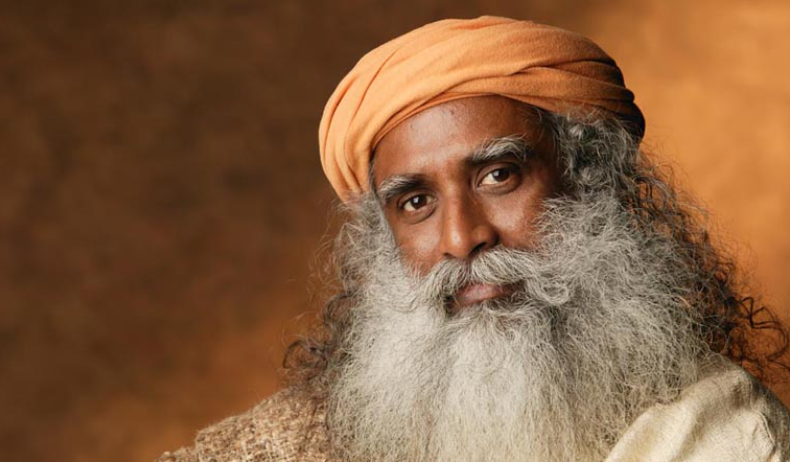 Why Timing Is Everything By Sadguru

From the infiniteness of pre-creation arose three possibilities of creation. Through the limitless space, it chose to find expression in the form of time, energy, and gravity. These three fundamentals trapped this timeless, limitless space into a time-bound, limited creation. Of these three, time – the relentless time – elates and bludgeons, nurtures and gnashes, rises and falls. Time gives respite to no one. A worm or a bird, the hunted or the hunter, the ruled or the ruler, the slave or the emperor, beautiful bodies and wondrous palaces, prime of fame and angst of shame – everything goes back to nothingness, to dust and ashes.

The significance of 108:
According to the Surya Siddhanta, an ancient Indian astronomical work, the sunlight moves at a speed of 2,202 yojanas in 0.5 nimisha. One yojana is nine miles. 2,202 yojanas amount to 19,818 miles. One nimisha is equal to 16/75 of a second. Half a nimisha amounts to 8/75 of a second, which is 0.106666 seconds. A speed of 19,818 miles in 0.10666 seconds equals 185,793 miles per second. This is approximately in line with the modern calculations, according to which the speed of light is 186,282 miles per second. Modern science has arrived at this number with great difficulty and all kinds of instruments, while a few thousand years ago, they got this number by simple observation of how the human system and the solar system function together.

I could go on with all kinds of fabulous figures, but the most important thing is the deep connection between the making of time and the making of the human body. You know, the planet is approximately round and it has a slightly tilted orbit. As it travels, as it spins, it forms a circle. Today we know it takes 25,920 years to complete this cycle. This tilt mainly happens because of the gravitational pull of the moon over the earth. And that many years are called one cycle of yugas [There are 4 yugas: Kali, Dwapara, Treta and Krita yuga. Each of these occurs twice per 25920-year cycle]. Each of these cycles has eight yugas.

Earth and man:
Back to one cycle of axial procession – 25,920 divided by 60 (which is also the number of heart beats per minute if you are healthy) – comes to 432. Four hundred thirty two is a number that comes up in various cultures – the Norse culture, the ancient Jewish culture, the Egyptian culture, the Mesopotamian culture, and very much in the Indian culture here. Why 432? If you are in good health and in good condition, your heart beats about 60 times per minute, which is 3600 per hour, and 3600 x 24 equals 86,400 heartbeats per day. If you divide 864 by 2, again you have 432.

If you are healthy, you take about 15 breaths per minute. If you have done lots of sadhana, it could be only 12. 15 breaths per minute means 900 breaths per hour and 21,600 per day. 216 multiplied by 2 becomes 432 again. If you take the circumference of the earth – there is something called a nautical mile which is the real mile in the sense that it has something to do with the way the planet is. The other units of measurement were created for ease of calculation.

You know there are 360° in a circle. Likewise, there are 360° upon the planet, and each degree is divided into 60 minutes. One of these minutes accounts for one nautical mile. That means the circumference of the earth at the equator is 21,600 nautical miles – that is also how many breaths you take per day. That means the planet is spinning on time and you are doing well. If the planet was not spinning on time, it would be no good at all for us. If you are not in tune with it, it is also no good for you.

This is to show you time is not a concept that we invented – time is deep-rooted in the system, in the very way we are made. When we go into Mahabharat, there is so much talk about the yugas and how they function. I want you to look at the impact of time in human life from a different context. This is not something that someone thought up – this is a phenomenal and profound science. Yoga has always been deeply involved with this. It is just that we don’t believe in propounding theories about it. By practice, we try to attune the body to the times and spaces of creation, because without being in tune with them, you do not get very far. If you are not riding the time, you will live a mediocre life – probably a suffering life. Only if you are riding the time, you will live an extraordinary life, which is what a human being and the human brain are designed for.